I was at a well known coffee house and asked for a drip coffee with room for cream. The barista handed me my coffee and pointed to a counter that offered only half-and-half. I mentioned that there was only half-and-half on the counter. She replied, "half and half IS cream." I replied... half-and-half is not cream. It is, as the name inplies, 1/2 milk and 1/2 cream. The barista looked at me like I was from Mars, and said "I've never heard that". She probably hadn't because too often we do not use those 'old fashioned' real ingredients. Many things come pre-made and packaged and people aren't aware of the ingredients. Unless, or course you do a lot of baking. Since baking is science, bakers need to know how our ingredients blend together to create something delicious. Cream-o-logy...

Cream is the fat that rises to the top of whole milk. In the United States, cream is usually sold as: 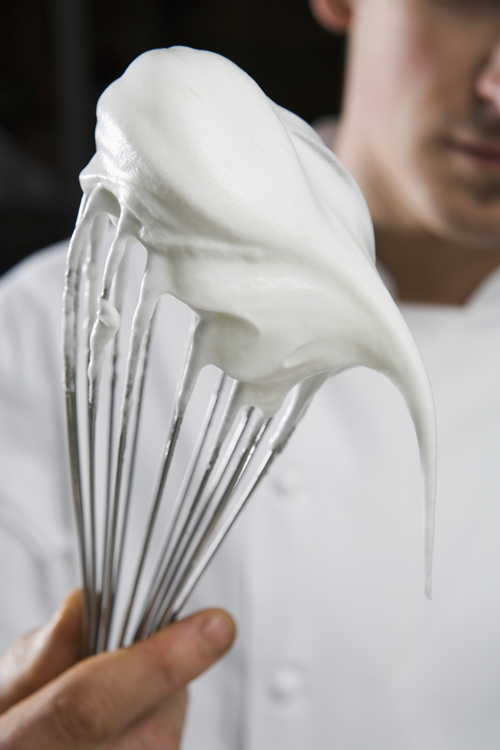 Make sure the cream is cold.
Chill bowl and beaters or whisk in the refrigerator for one hour, or in the freezer for 15 minutes.
Beat cream at medium speed until cream starts to thicken.
For soft peaks continue to beat until the cream, when beater is raised, droops slightly from the ends of the beater.
For stiff peaks beat cream until the cream holds its shape and clings to the end of the beater when raised. If the cream is beaten too long it becomes grainy.
For more inspiration, visit our Tips and Techniques board on Pinterest.